The highlight of last year’s Valentine’s was the Friday night adventure of a housemate’s kitten whom we thought had found her way outside for the first time in her life and was instead rescued by another scantily-clad-and-feeling-macho housemate from beneath the floorboards and given a very scratchy bath at 3am. A tad less dramatic, this year I spent V-Day entirely alone with my hangover and three soon-to-bloom hyacinths. 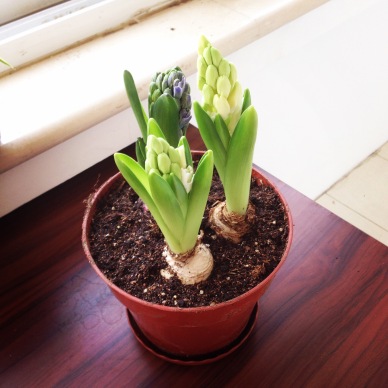 I had spent my Friday night at my first Chinese metal gig, unexpectedly finding myself in the mosh pit at a bar called School having met a new group of people earlier in the evening. I felt at home among the mostly Chinese Doc Marten clad crowd. I had the appropriate number of piercings, for once. At the next venue, I danced my arse off for approximately four hours, careful not to spill my pint of Guinness (most recently acquired taste) and ended the night doing cartwheels on the almost empty dance floor, to cheers from a group of worn-out/drunk Chinese patrons. I got messages from two guys I’d met on Tinder (and never met), who’d both recognised me as I danced like a lunatic wearing stripy jeans… I wonder how this changed their perception of me. 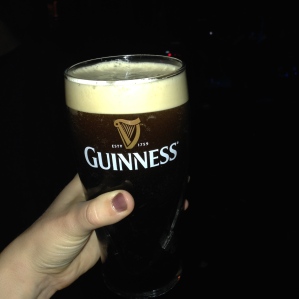 Having gone to bed at 6am, I wasn’t exactly bright-eyed and bushy-tailedfirst thing on Valentine’s Day, but then it’s not like I had anyone wake me up by bringing orange juice, coffee and a croissant to me as I sat up in bed. Instead, I spent the day drinking various kinds of tea, listening/dancing to Girlpool songs and reading my copy of Vagina: A New Biography (which made it’s first outing to a Beijing Starbucks on Friday, to the surprise of about 4 other western patrons).

So there I am, swearing at almost every other page of my radical feminist text as I read by candle light, sipping my tea in my empty apartment, and I realise how immensely happy I am to be alone, on this of all days.

I’m a romantic. I am. I fall in love with characters in novels as often as (well, probably more often than) the next person. I cry at films. I write quotations on post-it notes that cover my apartment. I listen to Tracy Chapman on repeat. No matter how many times I re-watch the 1995 dramatisation of Jane Austen’s Pride and Prejudice, my heart leaps at the moment Lizzy realizes she loves Darcy (though maybe it’s got something to do with Colin Firth’s thighs). But Valentine’s doesn’t strike me as romantic. 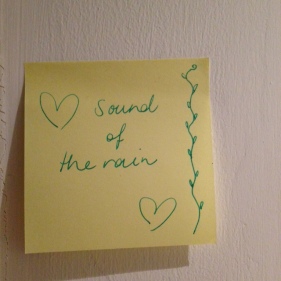 Perhaps I am cynical, though I’d like to think of my ideas as realistic. During a recent first date, he and I discussed our views on marriage over my very first pint of Guinness. He seemed impressed (or was it closer to horrified?) to find I was even more cynical than he. (aside: Yes, we talked marriage on the first date. Problem?) I simply don’t view marriage as a necessary or even positive part of life. The same goes for Valentine’s Day.

It’s the one day every year when it is apparently normal to pass judgement on the validity of people’s relationship status. And it gets competitive. All those Facebook statuses of ‘perfect brunch with my perfect boyfriend’ and photos of happy girlfriends having been taken on surprise trips to Hawaii. I find it all rather sickening, to be honest, that couples apparently need this day (and, often, this day only) in order to show their appreciation of one another (that should happen all year around). And for those people who don’t have a partner? It’s like it’s designed to make people feel lonely.

It probably seems like I’m feeling dejected about being single, or that I’ve never been romanced. That’s far from the truth. My first boyfriend gave me a single red rose on our one month “anniversary” (quotation marks = what a blatant misuse of the word). He bought me a diamond ring when we’d been together six months. He gave me a heavy chunk of glass with a photo of us and the caption ‘I love you x’ laser-etched into it when we reached one year. Need I go on?

Being alone does not equate to feeling lonely. Why should anyone be made to feel lonely? Why should man or woman feel that their life is incomplete without another person?

I’ve been musing a lot, lately, on the futility of playing the waiting game. Whether it’s waiting for a guy to text me back, or a boyfriend to come over, or for the next time I could visit him, I feel like I’ve spent a lot of my life waiting. Waiting for someone. Waiting for something to happen.

Waiting around like that harks back to a time when a good match in marriage was vital for a woman’s success in life (and being in love with the man you married was considered a bonus). During those days of waiting I imagined myself a romantic heroine, doing nothing but waiting. But that’s a Jane Bennett thing to do. No one really wants to be kind, gentle, passive Jane.

Perhaps the active alternative, for the impatient among us, is the over-eager, (slightly psycho-bitch?) thing of clinging onto someone you imagine makes your life better. Perhaps they do make your life better… but why rely on someone else to make your life good? That’s what flirtacious, man-obsessed Lydia Bennett would do. I can’t help thinking of something that makes me laugh every time (at least partly to do with their fantastic accents), but is rather poignant, really.

This is what crazy sounds like via text messaging:

No one wants to be Lydia (who brings “shame” on her family for going out and getting what she wants, which is a whole other kettle of fish I won’t go into now). No one really wants to be Jane, either. We’d all prefer to be their badass, witty sister, Lizzy. 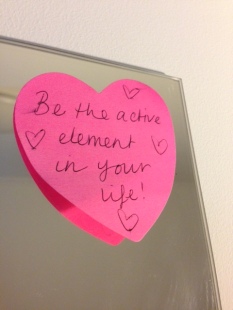 Back to waiting: How is it productive?!

The one thing it certainly creates is a plethora of unvoiced expectations. Spend your entire day waiting for someone, while that person is out living their life. Chances are, that person will be full of things to tell you about their life but won’t understand why you’re full of resentment when they’re too tired to cater to your whims. If you have uncommunicated expectations of someone, they’re likely to disappoint you (how can anyone possibly guess what you want from them?).

Waiting for something to happen to you takes all the autonomy out of existence. The fact is, only you can make things happen in your life. Only you can be the active element in your life.